(Washington, D.C.) — The Turkish Democracy Project (TDP) has called on three US companies to cut ties with Baykar Makina, whose TB2 drones have become a weapon of choice for repressive regimes around the world and which have been implicated in attacks on civilians in Armenia while prolonging bloody conflicts in Syria and Libya. These companies now risk major legal consequences for acting contrary to international sanctions.

Turkey has expanded its drone program over the last two decades and is now the fourth-largest unmanned aerial vehicle (UAV) producer in the world. While Turkish President Recep Tayyip Erdogan continues his assault on his country’s democratic infrastructure, so too is he pursuing a foreign policy which is no longer tethered to NATO values. In Erdogan’s hands, the TB2 drone has become a tool of oppression and violence, while Baykar Makina continues to do deals with regimes that deploy their technology against civilians. TDP has called on each company to cease the provision of their technology to Baykar with immediate effect.

In letters addressed to each by TDP’s CEO, Ambassador Mark D. Wallace, TDP presented comprehensive evidence that the companies’ technology has been used in the production of drones by Baykar, which in turn have been deployed against Armenian civilians in Artsakh as well as against the same Kurdish forces who helped turn the tide against ISIS.  TDP also gave detailed evidence of the risks involved in doing business with the Turkish military industrial complex, including the legal risk to supplying Turkish drones under the Countering American Adversaries Through Sanctions Act (CAATSA).

TDP applauds those companies who have ceased engagement. For example, Garmin’s statement confirmed they were instructing all independent dealers to ‘cease selling Garmin products to Baykar’ due to the nefarious nature of their activities. TDP calls on those who continue to do business with Baykar to immediately end their relationships with the Turkish military industrial complex.

“Turkish drones are infamous for their use by Azerbaijan, Turkey’s ally, against Armenian civilians during the 2020 Nagorno-Karabakh War.

“Turkey’s TB2 drones have been used in Syria against Kurdish allies of the United States, and in Libya, prolonging that country’s bloody civil war. Their indiscriminate use by the Turkish military and Turkish-backed forces have been widely condemned by the international community.

“It should be a matter of serious concern to US and European lawmakers that so many major domestic manufacturing, technology and defence companies have entered into business with Turkey’s military industrial complex. It is also worrying that when confronted with direct evidence of the crimes being committed using their products, these same companies have seen fit simply to ignore it.

“Beyond the moral implications of providing drone parts to an aggressive and expansionist military that targets civilian populations, most of these companies should face grave legal consequences for their action. A coalition of 27 US congress members recently signed a letter saying that technology transfers such as the ones these companies continue to make to Turkey clearly violate the terms of the CAATSA sanctions.

“In refusing to cut ties with Turkey in the face of direct evidence of the crimes the Erdogan regime is committing using their products, these companies are demonstrating that they do not take seriously the moral or legal implications of their actions. Lawmakers must take this into account in determining how these companies ought to be dealt with.”

The companies contacted by TDP who did not respond to calls to immediately cease working with Turkish drone manufacturer Baykar Makina were as follows:

The companies contacted by TDP who have confirmed they have ceased working with Turkish drone manufacturer Baykar Makina were as follows: 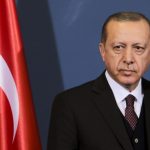 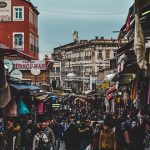