The Turkish Democracy Project (TDP) was the target of a cyberattack and death threats after its launch on June 23, 2021. Immediately following the attacks, TDP commissioned an outside investigation to consolidate information and identify responsible parties. TDP referred the matter and the conclusions of its investigation to FBI Director Christopher Wray and to U.S. Attorney General Merrick Garland, asking them to initiate a full investigation of the sophisticated, multi-pronged cyberattack against TDP that included death threats directed at Turkish-U.S. citizens working for and with the organization.

Between June 23 and 24, TDP was targeted in a Denial of Service (DDoS) cyberattack using tactics that have been decriminalized in Turkey. The attack was preceded by a call to action posted on message boards by criminals aligned with the Grey Wolves, a far-right group associated with Turkish President Recep Tayyip Erdogan and designated by allies as a terror organization. Along with the cyber-attack, American and Turkish citizens associated with TDP were targeted with unlawful methods of intimidation through threatening communications online, including death threats. Notably, Erdogan and AKP affiliated state-controlled media sympathetic to the Grey Wolves echoed criticism of TDP. The Grey Wolves are regular perpetrators of cyberattacks and its members are generally protected from prosecution in Turkey because their tactics have been decriminalized.

“The TDP website was the focus of a hostile attempted DDoS attack. The majority of the DDoS attack tactics came from Internet of Things (IoT) devices that were hacked,” said Chris Kubecka, CEO of HypaSec and a globally recognized expert on cyber war, cyber espionage, offensive security, IoT and critical infrastructure control systems. She conducted an independent investigation into the origins of the attack. “The timing, nature, tactics and focus of the attack points to individuals in Turkey. Further investigation by government authorities is necessary and warranted,” she said.

An FBI and DOJ Investigation

In its letters to Director Wray and Attorney General Garland, TDP highlighted the connection between what transpired on June 23 with the Grey Wolves as well as the systemic incentivization of cyber criminals through Turkey’s decriminalization of cyberattacks:

“As you are no doubt aware various member states of the European Union (EU) have seen these sorts of malicious activities emanating from Turkey under President Erdogan. EU countries have taken action against the Grey Wolves, including France banning the group in 2020. The group’s criminal behavior is designed to silence criticism of President Erdogan. He has brutally repressed dissent inside Turkey and that effort has expanded to include Europe. Unfortunately, TDP and its associated persons appear to be the beachhead of this malicious behavior in the United States.”

Turkey and the Threat to Global Security

“President Erdogan and his government brutally repress dissent inside Turkey and that effort has expanded to include Europe. Unfortunately, TDP appears to be a target of this malicious behavior in the United States. It is time to conclude that Turkey’s increasingly aggressive behavior is a threat to our security, our allies, NATO and the Turkish people,” said TDP CEO Ambassador Mark D. Wallace.

“President Erdogan is not above permitting his forces to violently attack Americans. The brutal attack on peaceful protesters in Washington continues to shock us even four years later. So we take these attacks and death threats seriously. We ask the FBI to investigate and, if possible, the DOJ to prosecute those responsible,” Wallace said.

“This attack occurred one week after President Biden met with President Erdogan amid serious disagreements between both nations. In this case Erdogan either directed or permitted an attack through proxies on the TDP, a U.S. entity and American citizens daring to challenge the undemocratic and unlawful behavior that have become the hallmarks of the current government,” said former U.S. National Security Advisor Ambassador John Bolton. “Democracy, rule of law, and respect for human rights are threats to President Erdogan and his grip on power. They frighten him – what TDP stands for frightens him – because he rules by fear and force.”

Following these attacks, and in light of the highly aggressive approach adopted by the regime and associates of the regime, TDP has since adopted a policy of protecting the identity of its Turkish and other at-risk partners so as to guard them from reprisals. 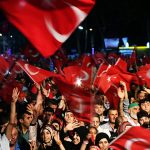 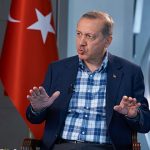 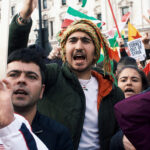